16-year-old Ma’Khia Bryant has been shot dead by police and people are demanding justice.

During an evening press conference Tuesday, Interim Chief of Police Michael Woods said the video shows the officer acted to save the live of another young girl.

Woods said the incident began at approximately 4:32 p.m. when 911 received a call about a group of women trying to stab the caller. Woods said dispatchers tried to get information about weapons, but didn’t get that information.

The video shows the officer arriving at the scene as a fight between the young women is taking place. Woods said a female with a knife attempts to stab one person who is on the ground, followed by a second who is pushed up against a vehicle. It is when the female goes to the second person against the car that the officer fires his weapon four times.

Woods said the department released the footage as quickly as it could in an effort to be transparent with the public. 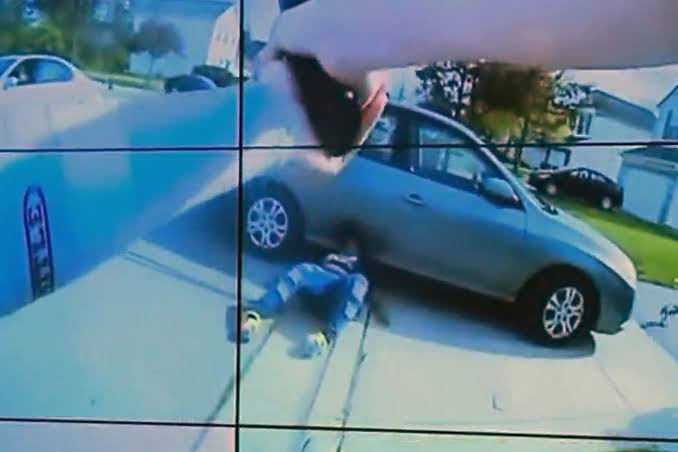 Woods did not release the name of the officer, but said he is off the streets as they carry out investigations.

Ma’Khia Bryant was transported to Mount Carmel East, where she was pronounced dead at 5:21 p.m. 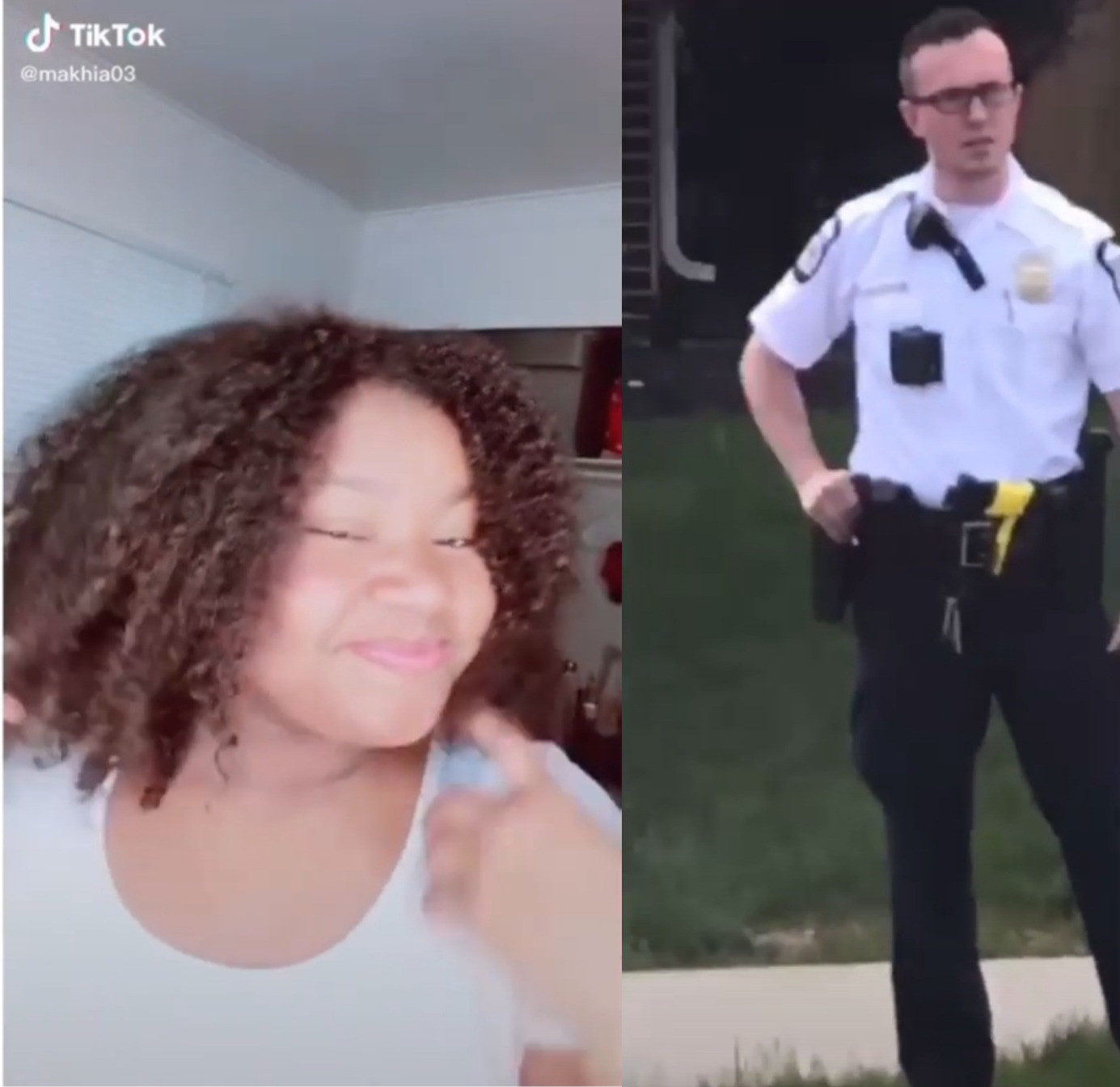 Meanwhile, relatives of the deceased have said Ma’Khia was the one who made the call to police for help and she was protecting herself with the knife.

Ma’Khia’s mother took to Facebook to mourn her daughter. 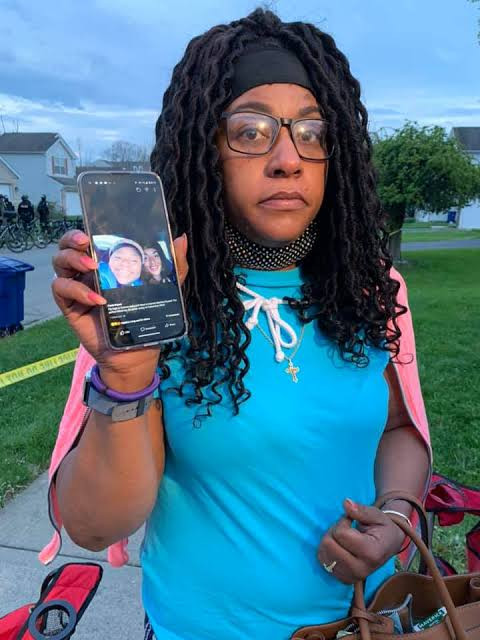 She shared a photo they took together and wrote: “Fly high in heaven babygirl! Rest in heaven Makhia Bryant! The police killed my daughter today in Columbus Ohio!” 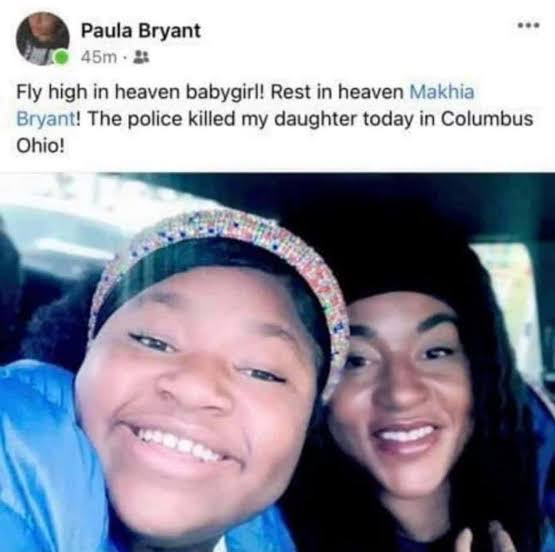 Mourners have taken to their respective social media pages to demand justice and share videos of Ma’Khia doing what she loved best. 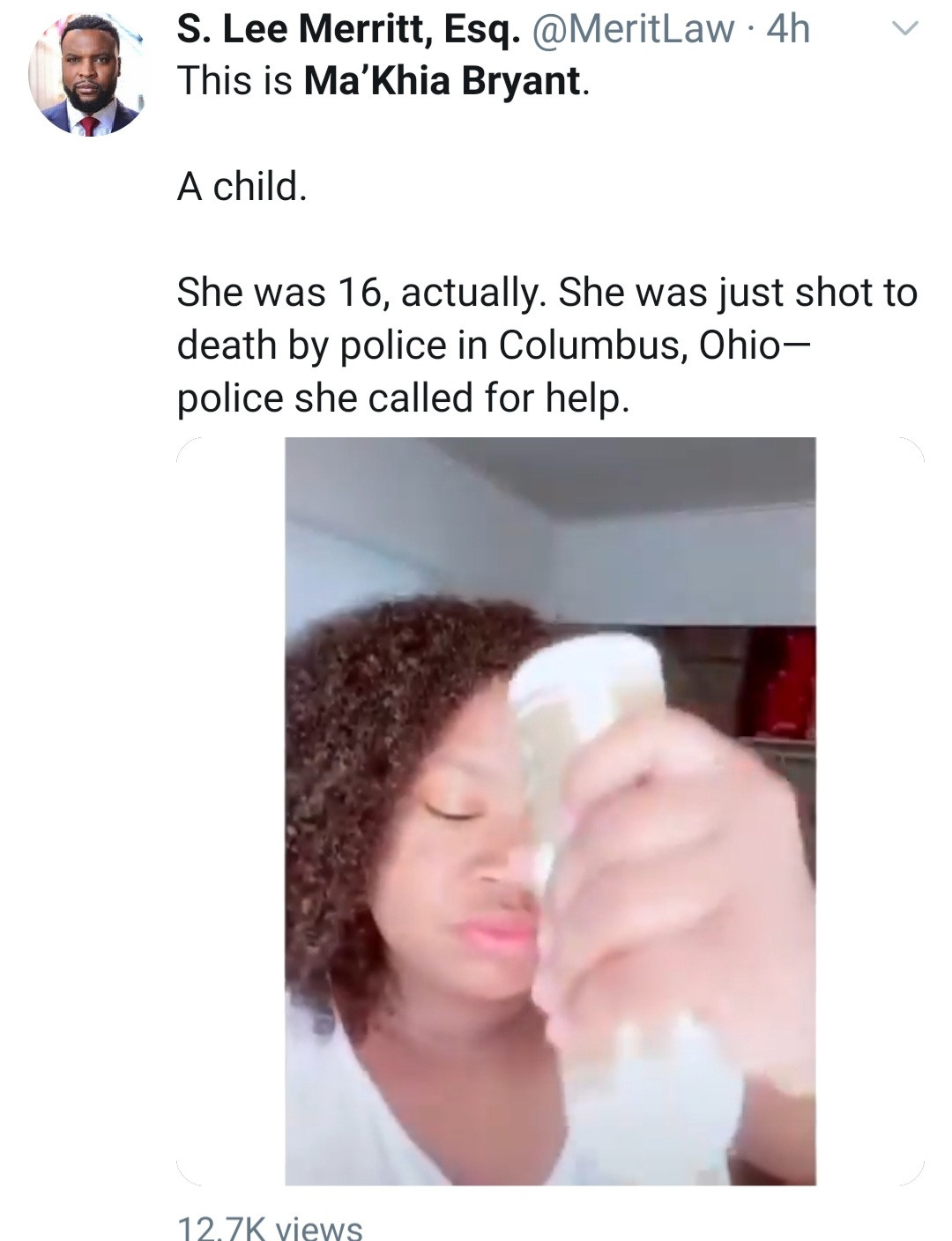 She loved to share videos of her doing her makeup and hair on TikTok.