A young Nigerian girl is making headlines after she was recently crowned the new ‘Miss Toddler USA America Nation 2021.

Kleopatra Vargas ,5, a Mexican-Nigerian-American who was born in Chicago, Illinois won the crown at the fast-rising kid’s pageant contest held in the US, popularly known as ‘Miss America Nation.’ 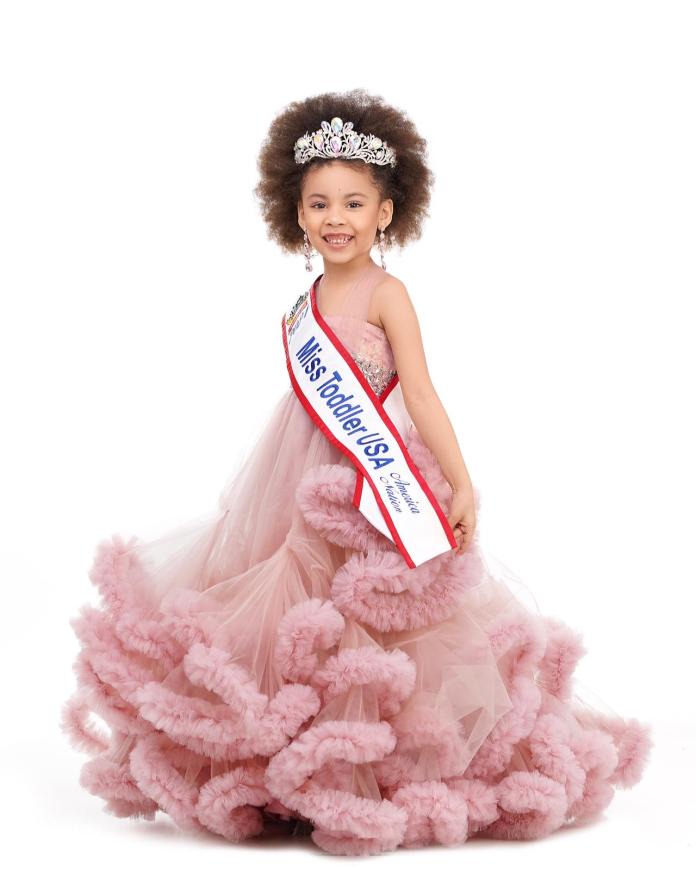 Speaking to Journalists after she was announced as the new Miss Toddler USA America Nation 2021, Princess Kleopatra, who speaks Igbo, Spanish and English language fluently, expressed gratitude to the Organisers of the pageant Contest. She also thanked her parents, for the love, guidance, and support they extended to her. 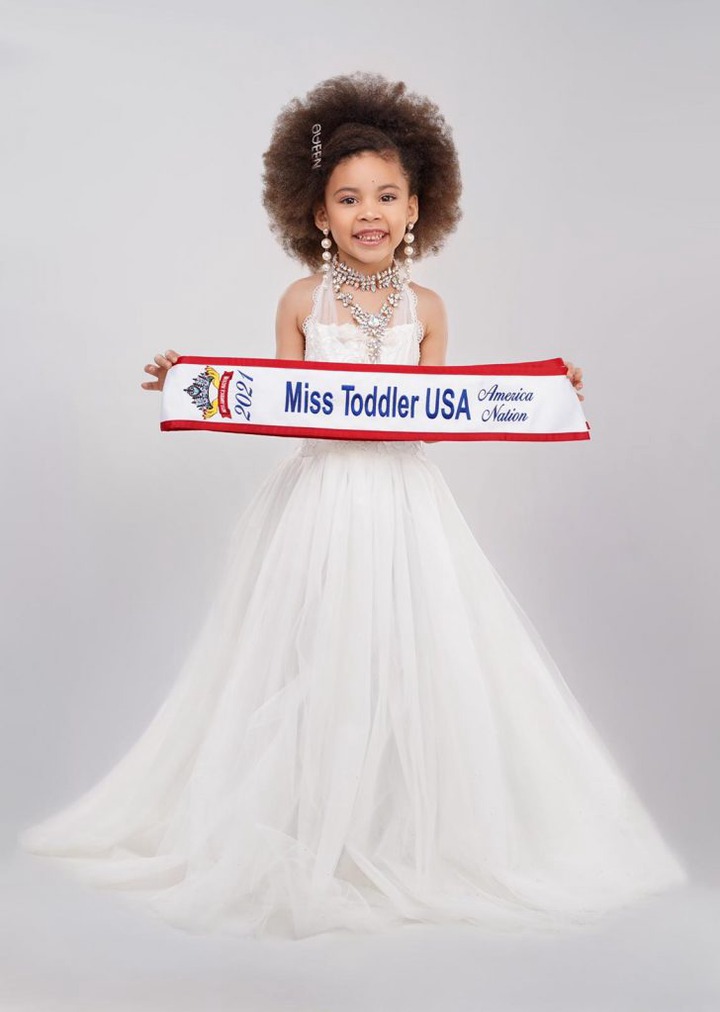 On the first pageant crown, she won, Princess Kleopatra said she was 10 months old when she won Baby Illinois 2016, after beating 20 other Kids. 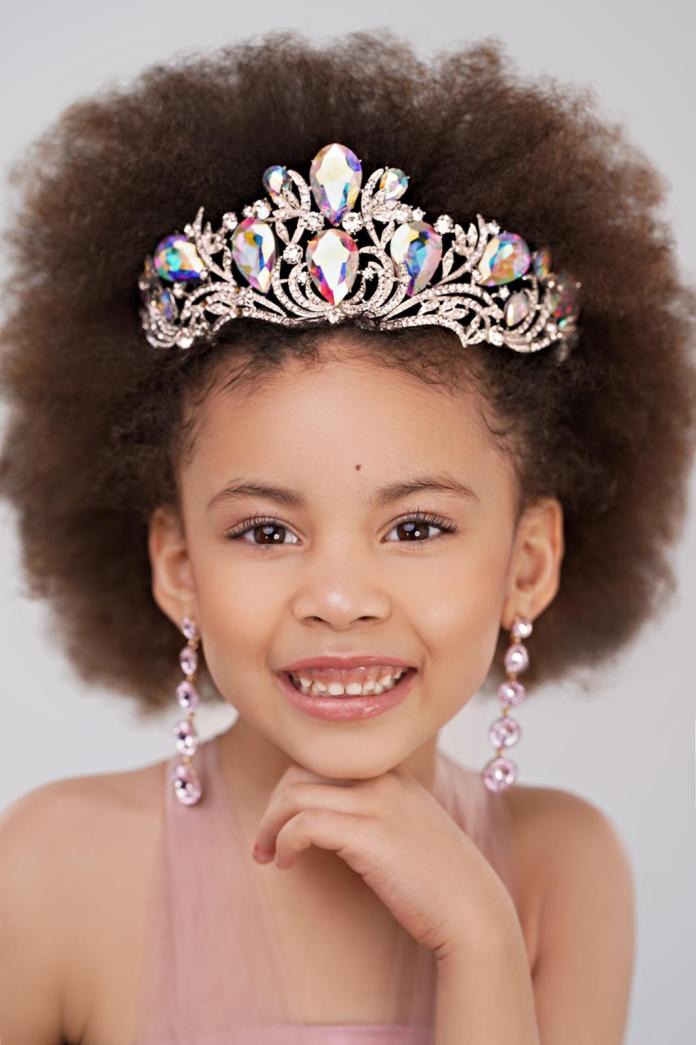 Her proud mother also spoke about her win, describing her daughter as an outstanding kid with several rare abilities. She noted that with her new crown as Miss Toddler USA America Nation 2021, there will be more to expect from Princess Kleopatra Vargas. 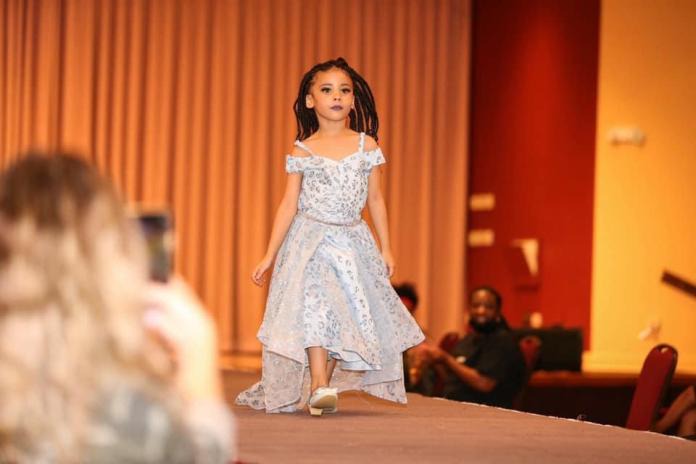 The 5-year-old was crowned Winner of Miss Toddler USA America Nation 2021, after scoring highest in her Evening gown parade, described as elegance with 25%, a cultural parade with 25%, and community service through the individual platform at 50%, ahead of other Kids who participated in the Contest.