Two students of the Michael Okpara University of Agriculture, Umudike (MOUAU) have rescued a newborn baby boy found abandoned on one of the institution’s farmlands.

Narrating how the baby was rescued, Ukeje Chukwuebuka, a 400 level student of the Department of Animal Breeding and Physiology, said he alongside his friend, Irodiuwa Macholly, discovered him on their way to the farm on Tuesday morning, May 18. 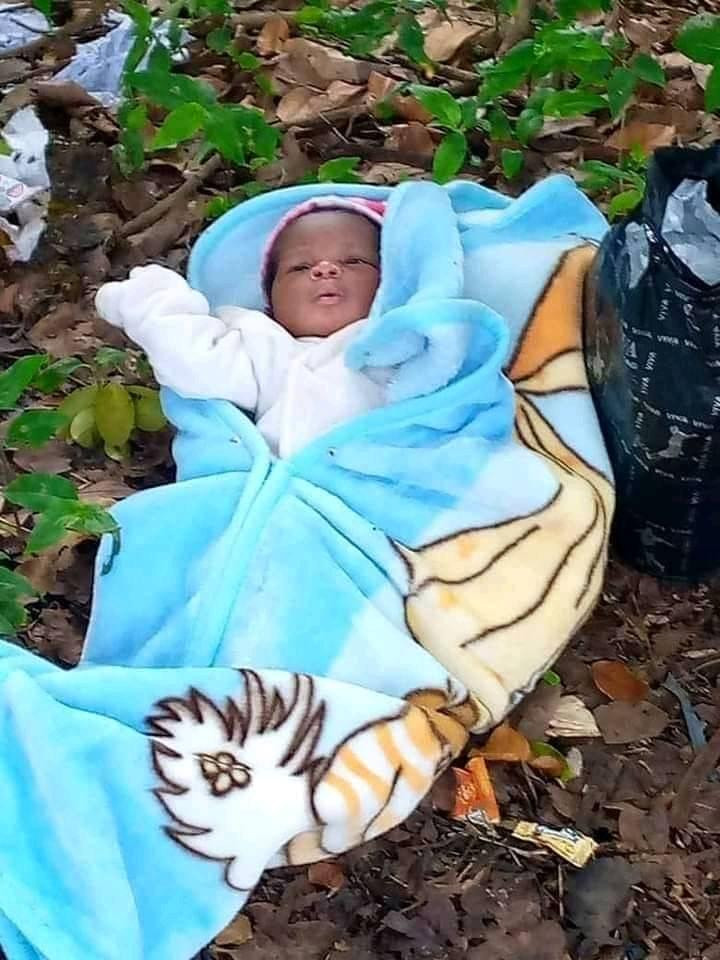 “We had come for our SIWES practical. We came to cut forage for the animals and my friend saw the baby, so he came and called me because he was afraid to carry him. I carried the baby and we took him to the security Unit,” he said.

READ: Man strips in bank to protest against ‘illegal withdrawals’ from his account (video)

Crypto Currency Has Finished Me!

On getting the report, the Vice-Chancellor, Prof. Madu Ofo Iwe swiftly drove to the University’s Health Services where the rescued baby was transferred by the Chief Security Officer, Sir Alex Okafor. 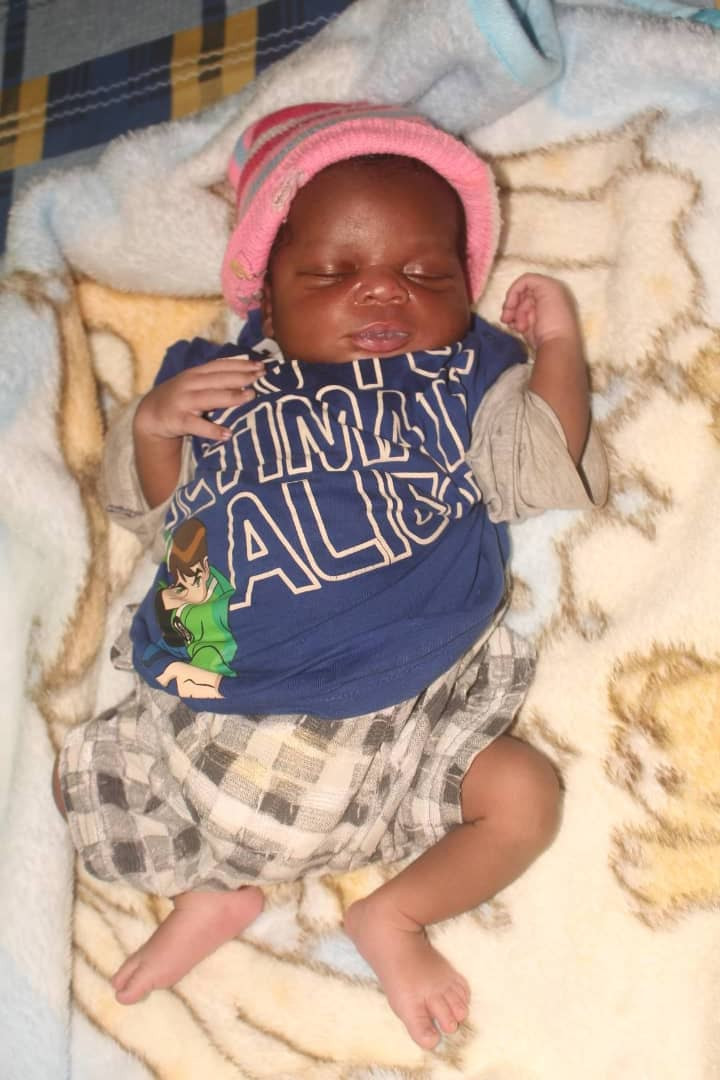 The VC described the individual who dumped the baby as callous, urging young people to desist from sexual relationships until they are ready to take care of children.

“If you cannot have a child and take care of him from day one, then do not go for it. Ofcourse, doing it this way has put the mother in a bad shape, and whoever that is responsible for that pregnancy will have to answer questions,” he said.

“We appeal to our young ones in the University. If the mother is one of us, we appeal to her and other women not to continue with this type of act because every soul is important to God. For every soul that is mismanaged, we will give account of our actions, so it is not right to do things this way. If you get pregnant, carry it. Give birth to the child. It is better than doing otherwise, because if the child dies, those responsible will account for his or her death.

“Any person that causes another person to die will account for it. It is even generational. When you look at things that happen to people today, you can trace them to some of the generational upsets caused at a time. We appeal to our girl children and young men to observe a lot of restraint in terms of relationships to forestall occurrences like this. We thank God that the child is alive. By God’s Grace, I am sure he will survive.”

During the visit, the Chief Medical Director of the University Health Services, Dr. Chikwendu Udenze, disclosed that he has contacted the Abia State Social Welfare Department for further action, stating that everything would be done to ensure the well-being of the rescued newborn. The VC, who asked the Chief Medical Director to keep him abreast with developments on the situation, made a personal donation for the upkeep of the baby, adding that the University is attached to him and would continue to see to his well-being.

In her reaction to the incident, the University spokesperson, Adanma Odefa, who accompanied the VC on the visit, praised the students who rescued the baby for their kind-hearted efforts. She expressed optimism that the baby, who she described as a gift to the University, would survive, adding that she hopes that he would be named Michael, after the University. 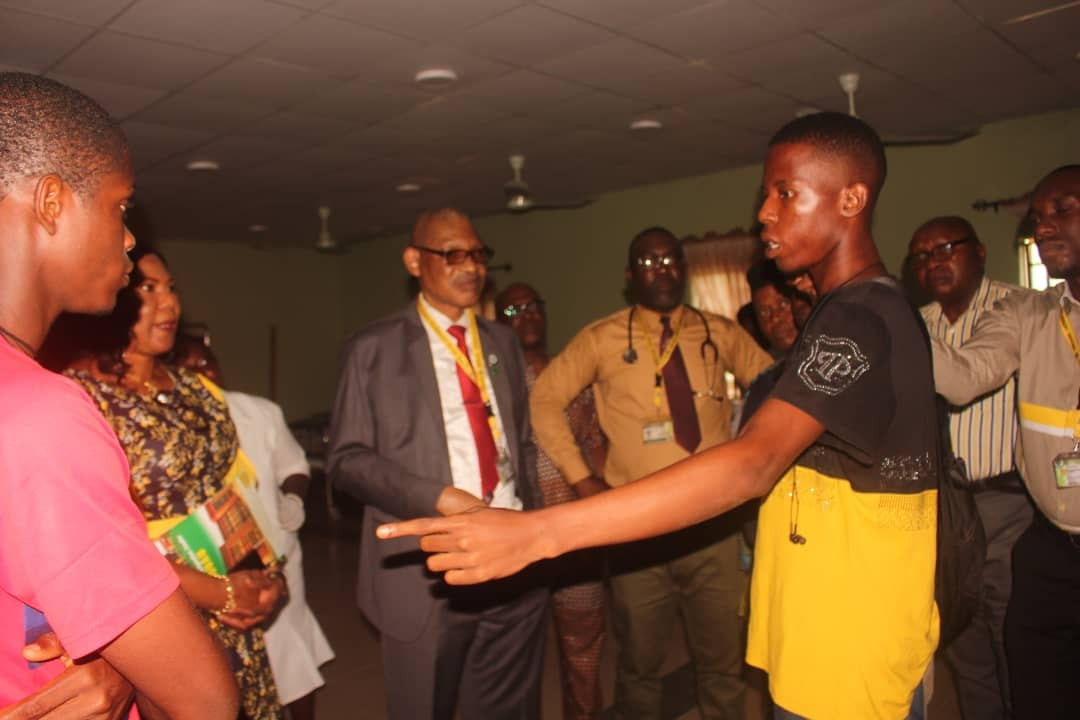 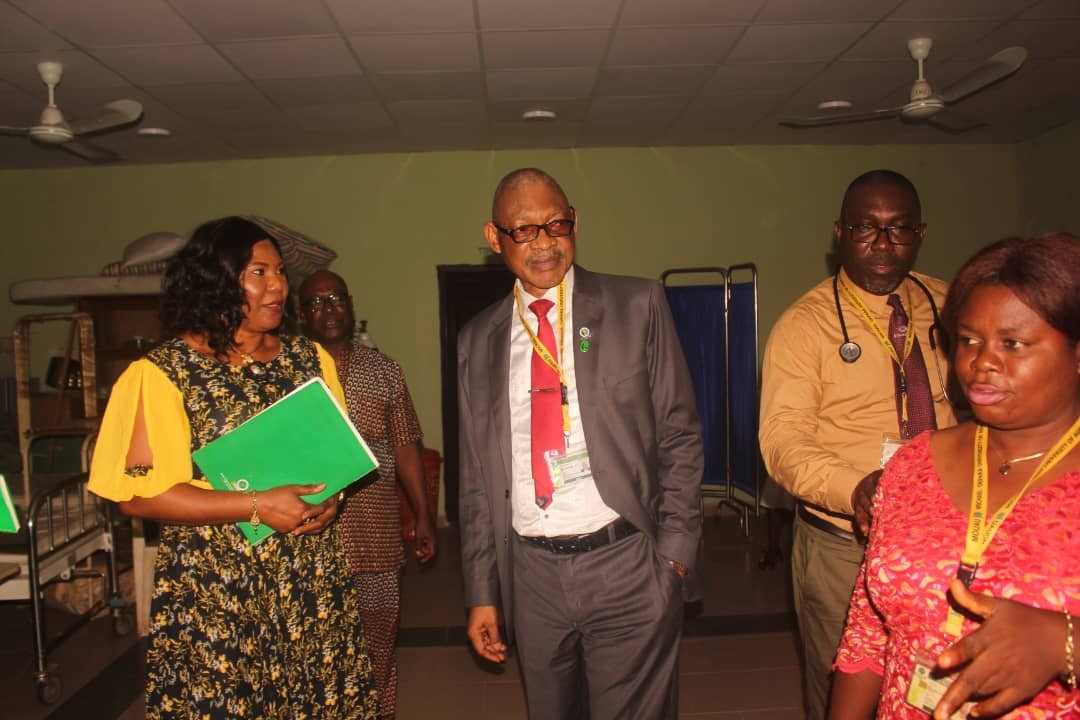