With the summer transfer window approaching it’s deadline, a number of players are expected to make surprising moves in a bid to get regular first team football and hence, Chelsea star winger, Callum Hudson-Odoi has reportedly agreed a deal with Borussia Dortmund ahead of a potential transfer to the Signal Iduna Park.

According to the latest reports from Sky Sports reporter, Max Bielefeld, the England international has striked an agreement with the Bundesliga giants and that everything between him and the Die Borussen is already settled to make the deal go through. 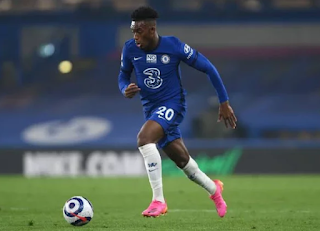 However, despite the agreement, the Blues are said to be not willing to allow him leave the Stamford Bridge in a loan deal at the moment, with him regarded a crucial member of the first team squad by Thomas Tuchel who sees him as a perfect player to lead his attacking line with his speed and energy

Hence, it now remains to be seen how things will turn ut in the nest few hours with Borussia Dortmund looking to sign him as a potential replacement for Jadon Sancho who left the club for Premier League giants,