In her post, she made it clear that Cuppy’s music sucks.  According to Shade, if she were to rate Cuppy’s music on a scale of 1-100, DJ Cuppy will bag a sweet zero. She fearlessly gifted The billionaire daughter a 0/100 for her vocal talents.

After finishing off her appraisal, she stated that Cuppy is the real deal.  Shade Ladipo prayed Cuppy eventually finds what she is good at, cause music is not her calling. 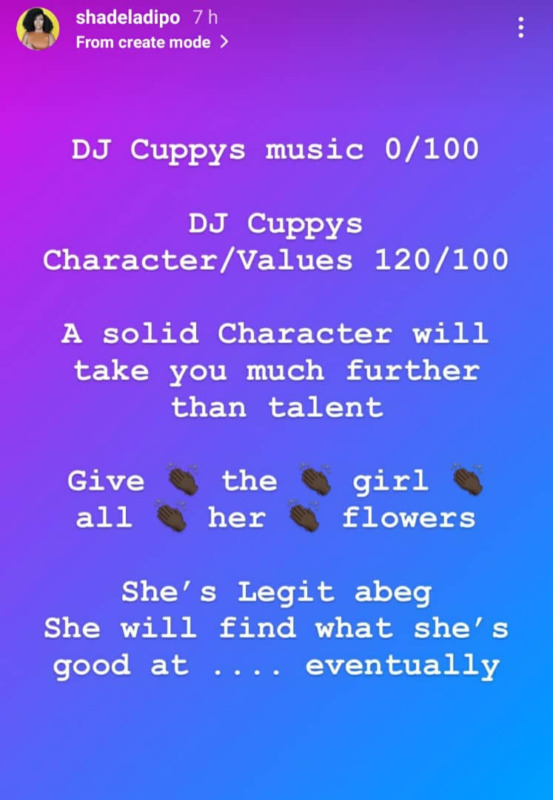 Cuppy is yet to respond to Shade’s post, we will update you when she does.