In a lengthy post sighted on Instagram, Kemi spilled the tea on her relationship with her baby daddy, Lyta. According to Kemi, Lyta is a coward who couldn’t defend his son when was harassed by his manager, Seyi. Kemi also revealed how Seyi threatened to kill her and Lyta on Twitter.

Kemi noted she had no issue with Seyi threatening Lyta, but he shouldn’t get her son involved in this unnecessary drama. She confidently disclosed how she went to Seyi to settle things amicably but he threatened her about them going to go to court to fight for custody of her child with Lyta. Kemi made it known she wants nothing to do with Lyta and she was in a healthy relationship with a man who is a better father figure to her son than Lyta will ever be. 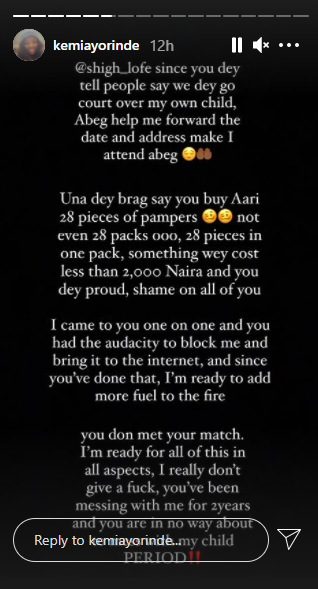 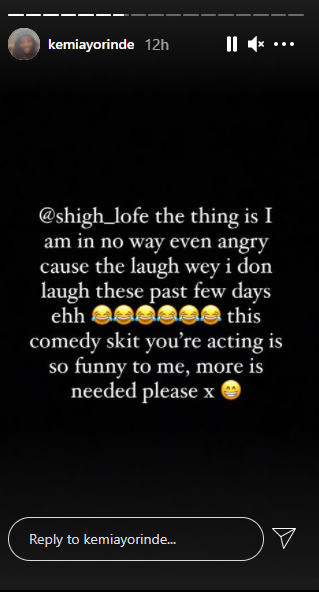 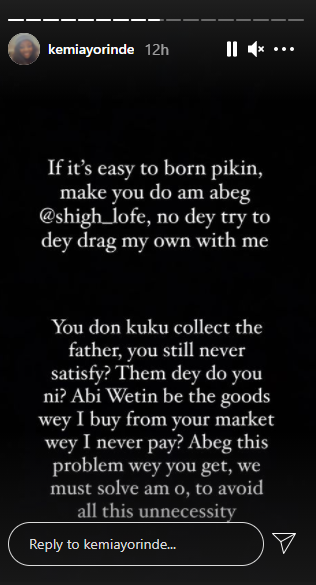 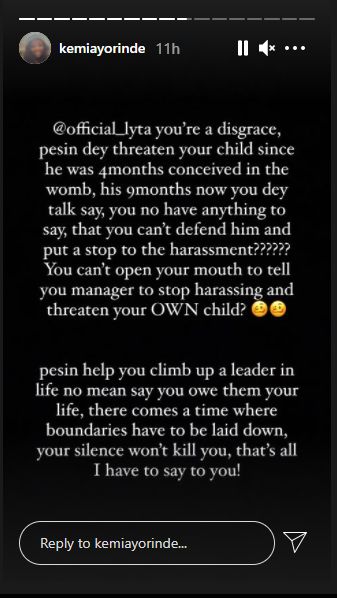 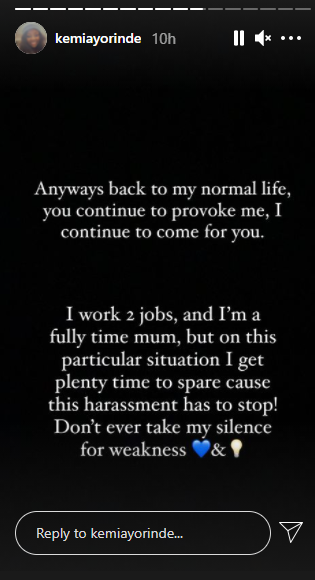 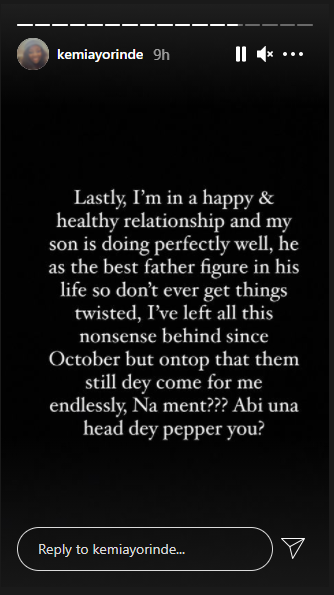 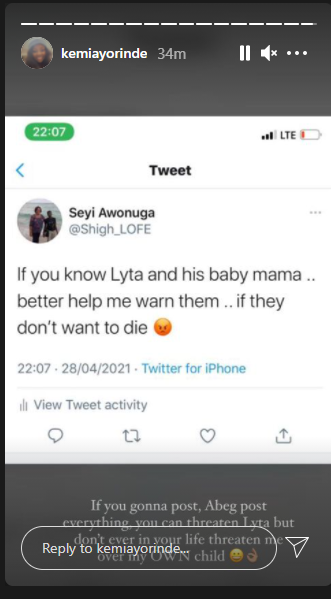 Kemi Drags Lyta & His Manager Over Custody Of Her Child, Lyta’s Baby Mama

3 thoughts on “Lyta’s Baby Mama, Kemi Drags Lyta & His Manager Over Custody Of Her Child”