Prophet Chukwuemeka Ohanemere Odumejeje was filmed lifting the monstrance containing the blessed sacrament during a “Catholic church” event in Delta state and this has angered Catholics.

In the video, a man dressed like a Catholic priest, with an image of the Blessed Virgin Mary on his chasuble, is seen blessing the blessed sacrament before Odumejeje lifts it up, an act that is considered sacred in the Catholic Church and can only be performed by an ordained priest, no exceptions.

Odumeje is also seen clad in the humeral veil, a vestment worn by priests before lifting the monstrance.

Though the event held in a church in Delta state called the “Orthodox Catholic Church”, Roman Catholics are upset and are accusing Odumejeje of mimicking and abusing an act that Catholics hold dear. 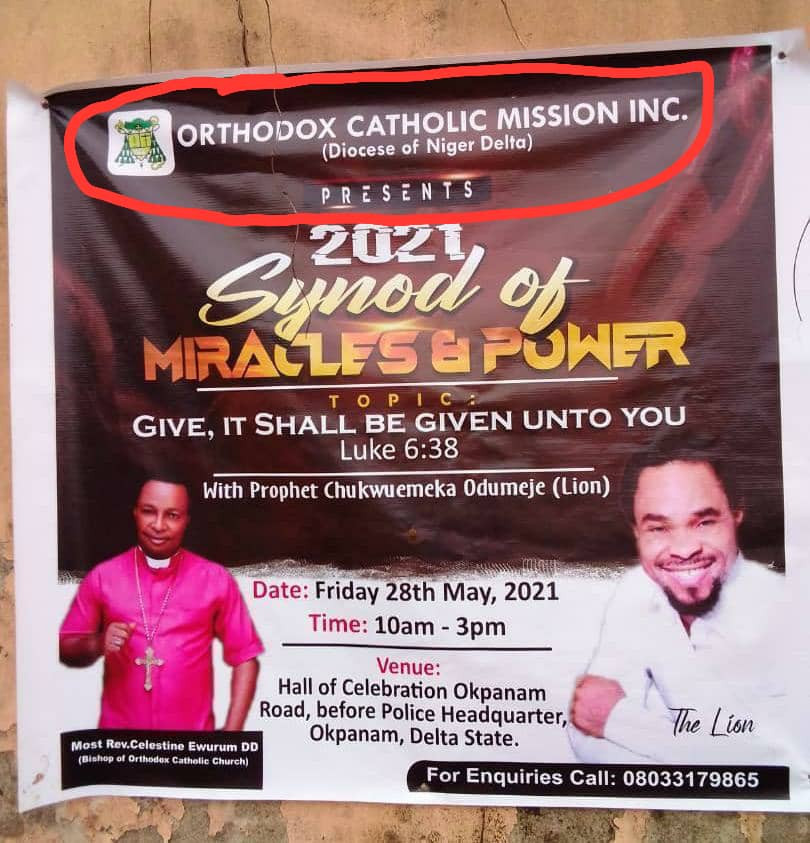