Students flee Anambra community after killing 9 and injuring others (videos)

Some residents in Awkuzu have fled their homes after unknown armed men attacked a residence in the community and killed 9 people.

A video of the 9 bodies lying on the floor after the attack was shared with LIB but it’s too graphic to share. Some of the dead were decapitated. 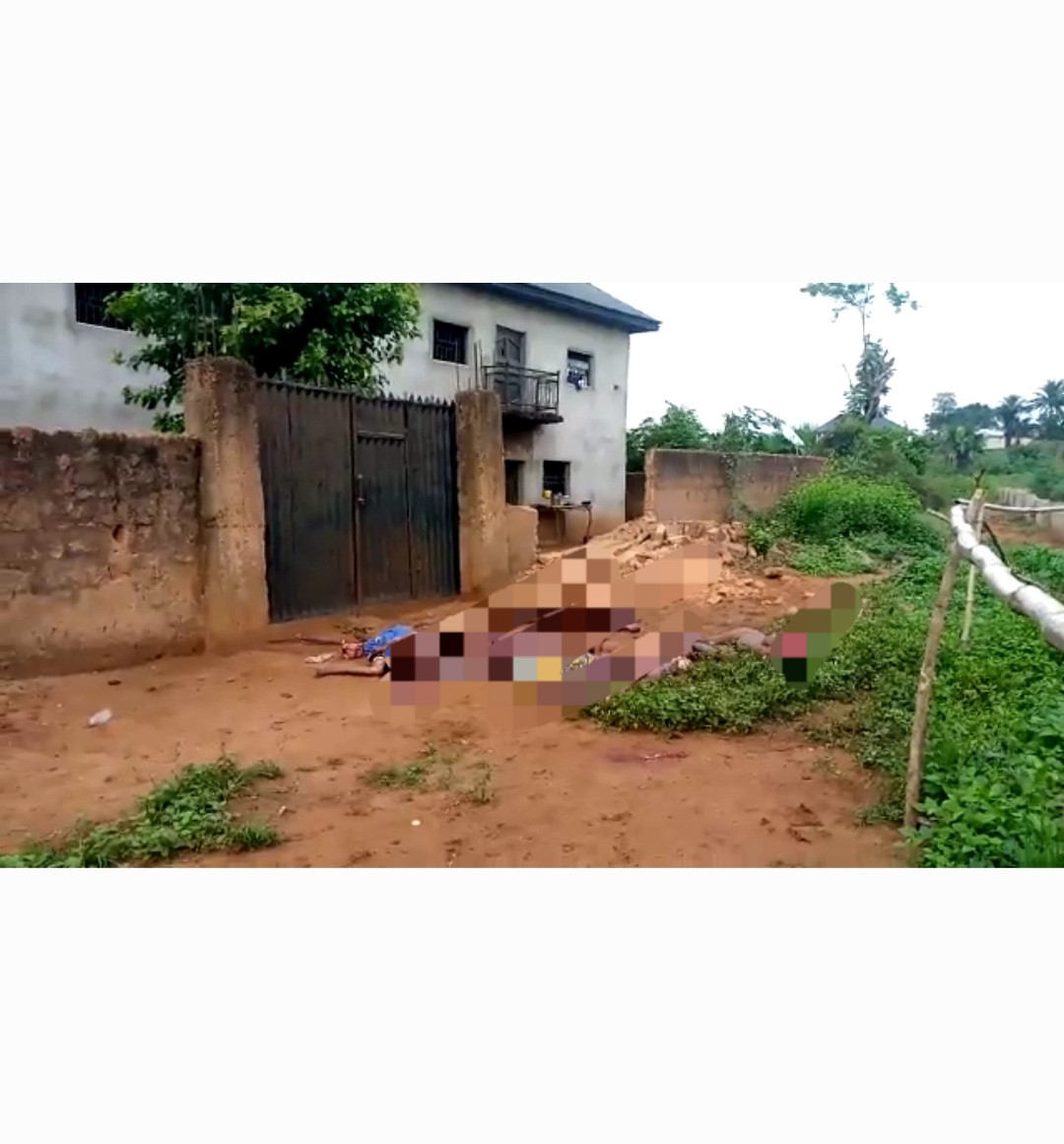 Due to the attack, residents and even Anambra State University students who live in the area began to panic.

A video of students packing their things and leaving the area was shared with LIB.

Reacting to the attack, the Anambra State Police Command released a statement on Monday, April 26, 2021.

The statement disclosed that the Anambra State Commissioner of Police, Monday Bala Kuryas, has ordered immediate deployment of command operational and intelligence assets to identify and apprehaned perpetrators.

“Meanwhile, a crack team of Police Operatives of the Command, led by an Assistant Commissioner of Police, have visited the scene and conducted on-spot-the assessment of the incidence and have successfully restored normalcy in the area and adequate security emplaced to forestall further occurrence.

“The assailants, said to be armed with machetes and other dangerous weapons,  invaded the village in their numbers and attacked the residents, resulting in the death of nine (9) persons (whose identities are yet unknown), injuries on some others as well as destruction of buildings and livestock.

“To this end, the CP, while reassuring Ndi Anambra, particularly people of the Community, of the Command’s resolve to get to the root of the incidence, has called on them to remain calm and volunteer useful information that will enable the Police and other Security Agencies collaboratively handle and bring the situation to a logical conclusion.”

Below are videos from Anambra state today, April 26.