It’s official guys – the 2021 transfer window is open for business, and rumours are already circulating over who is going where. Since it’s still early doors, there are few moves that are already locked in, but the EPL transfer news stories are revealing themselves almost daily! Below, we’ve covered some of the hottest EPL rumours and transfer news – so do read on and enjoy.


Benitez wants to be reunited with Koulibaly at Everton

Yet again, Everton have been linked with a summer move for Napoli defender, Kalidou Koulibaly. This time the link comes from 90min.com and is centred around the fact that Benitez managed the powerful centre-back during his time in Serie A with Napoli.

Napoli are apparently keen to lower their wage bill this summer and are willing to listen to offers for Koulibaly. The 30-year-old defender may only have one big move left in his career and Benitez is keen to strengthen in this area of the Everton team, with Yerry Mina being linked with a move away from Goodison Park. Koulibaly doesn’t really fit in with the ethos of their director of football, Marcel Brands, who has said he wants to build a younger team.

£35m seems like a lot of money for a 30-year-old defender who isn’t Premier League proven so for this deal to go through, we’d be expecting the fee to be much closer to £20m. 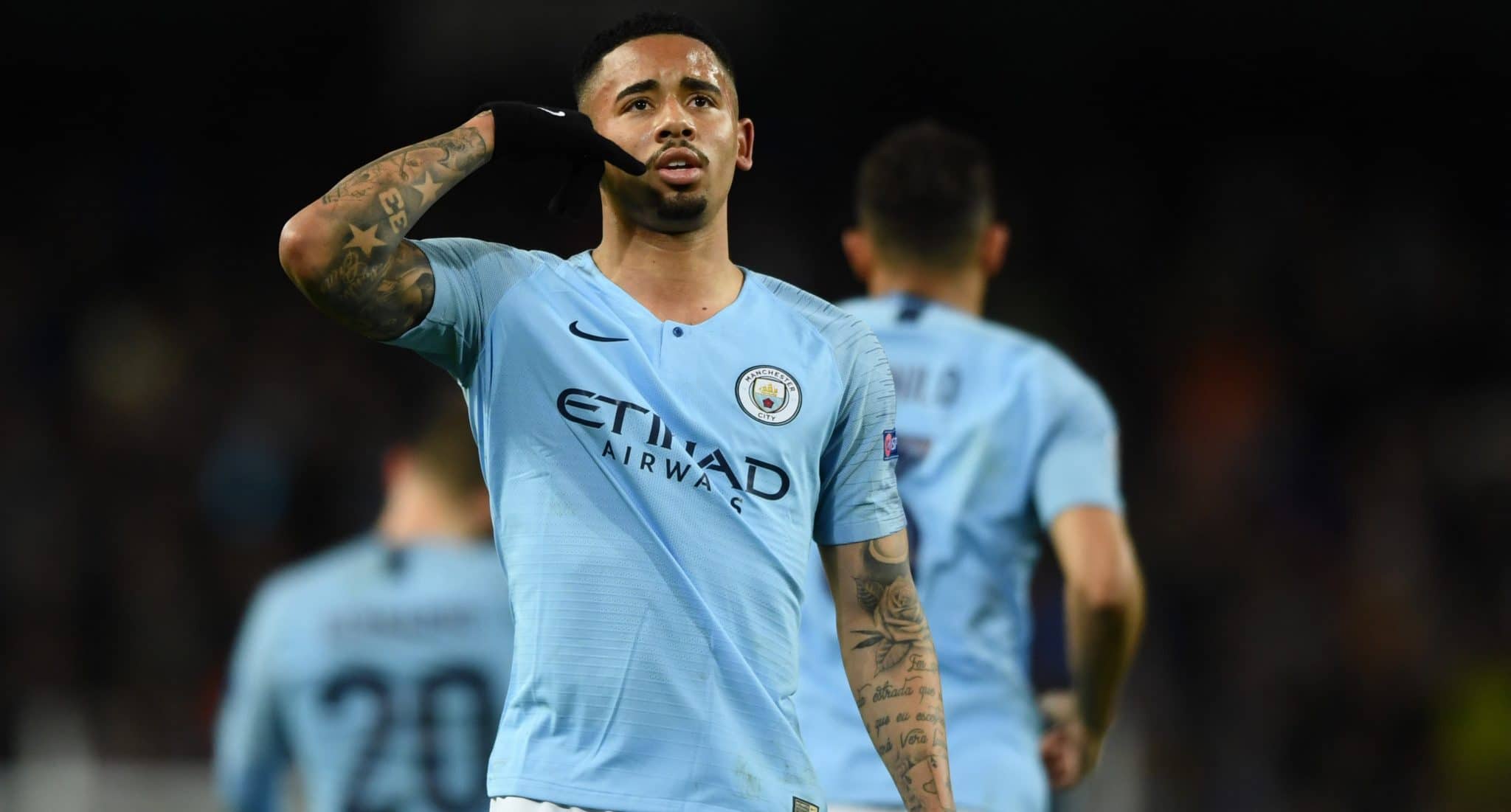 Tutto Sport are reporting that Allegri wants to make Gabriel Jesus a Juventus player this summer but a lot will depend on what happens to Ronaldo, Morata and Dybala.

Jesus has never really established himself as a regular in the Man City side and many question his ability to score 20+ goals a season in the Premier League. It is no secret that Guardiola has been looking to bring in a star striker this summer with Kane and Greizman being linked over the last few weeks, so selling Jesus would certainly be an option for the Premier League champions.

However, Juventus are also said to be looking at a move for Moise Kean, Mauro Icardi, Dusan Vlahovic, Arek Milik or Andrea Belotti, and Jesus could find himself behind a couple of those players, especially the ones tried and tested in Serie A.

New Crystal Palace manager Patrick Vieira is ready to make a move for Eddie Nketiah of Arsenal and Nice’s Kasper Dolberg as he looks to add some goals and quality to the Eagle’s attack.

The Sun believe that Vieira has a decent chance to sign both players due to his connections at both clubs, as a player with Arsenal and a manager with Nice. Eketiah has struggled for regular game time at the Gunners and is believed to be available for around £20m, while 23-year-old Dolberg would jump at the chance to play in the Premier League after a tough season at Nice and some excellent performances at the Euros with Denmark.

It may well be the case that Crystal Palace sign one rather than both of these players unless they can persuade Arsenal to allow Eketiah to leave the club on loan for a season.

Brentford to make a move for Harry Wilson

Harry Wilson could be set to join Brentford from Liverpool for just £10m according to The Sun, as the Welsh international’s time on Merseyside looks set to come to an end. There are only so many loan moves a player can have before he either gets his chance in the first team or he moves on to another club and Wilson, 24, needs to find a new club this summer.

Brentford are now in the Premier League so this could work out to be an excellent move for the Welshman, especially as the development of Harvey Elliott at Liverpool will only see his chances of first-team football even move limited next season.

We brought you the news that Arsenal were looking to sign Ruben Neves from Wolves a few weeks ago and now the deal seems to be edging closer to being completed, according to record.pt.

The Portuguese midfielder has impressed during his time in the Premier League and now would be a good time for the 24-year-old to make the step up to Arsenal and hopefully challenge for trophies and more international football. Everyone knows that Arteta has been looking to add more depth to his midfield, especially as he is ready to let a couple of other players leave the squad. Neves suits the right age range, quality, and style of player that will suit the identity that Arteta has been trying to forge at the Gunners, so getting this deal done and dusted is of the utmost importance.

Patrick Vieira appears to have wasted no time in strengthening the Crystal Palace squad after taking over as the new manager, as the club have reportedly activated the release clause of Reading midfielder Michael Olise. The 19-year-old was one of the top players in the Championship last season and he was crowned as the EFL Young Player of the Year. The attacking midfielder has been with Reading since 2015 when he was signed from the Chelsea youth set up. However, his contract with the Berkshire outfit comes to an end in 2022 and Reading would prefer to sell him on for a handsome profit rather than risk losing him for nothing.

Michael Olise was a regular for Reading last season and he made 44 appearances in the league. In these matches, he was able to grab 12 assists and seven goals. However, Reading narrowly missed out on the play-offs and an opportunity to play in the Premier League seems too good to turn down for the young midfielder.

Patrick Vieira was brought in as a replacement for Roy Hodgson, who stepped down from his role in the summer. Crystal Palace have already allowed a number of senior players to leave the club and Vieira has a big rebuilding job ahead of him.

Aston Villa are making significant inroads into bringing West Brom midfielder Tim Iroegbunam in this summer transfer window. The teenager has just been crowned as the academy Player of the Year. He is held in high regard at the Midlands outfit, but an offer from Villa might be very hard to resist for the player.

Iroegbunam has been at West Brom as a kid. His rapid progress gave him an opportunity to be promoted for the first team action in the game against Leeds United last season. After having been a regular in the under 23 setup, Iroegbunam was of massive influence in West Brom reaching the FA Youth Cup semifinals before losing the finals to Aston Villa.

The 18-year-old has been impressing West Brom coaches with his all-action and combative displays. He is known to be friends with the Villa’s Louie Barry. If he is signed by Villa, he would become the fourth major signing by Dean Smith’s outfit, who have already recruited the likes of Emi Buendia, Josh Feeney, and Ashley Young.

Iroegbunam has reportedly turned down the offer of a new deal from West Brom and he is intent on securing a move to Villa Park before the window closes this summer.

Just when it seemed that Carlo Ancelotti would take Everton to new heights, the Italian quit the Merseyside club for the attractive shores of Real Madrid. Now, Daily Mail reports that he is considering making a move for Richarlison, who has been one of the standout performers for Everton in recent years. The Brazilian played under Ancelotti for 18 months and he returned 13 goals for the blues last season. Even though Everton were only able to muster a 10th place finish, the team was in a hunt for the European places for a decent chunk of the season.

Since Ancelotti’s return to Real Madrid, the club has been linked with many global stars. Yet, it would come as a surprise that Richarlison’s name is mentioned among the potential signings for the Los Blancos.

Richarlison has been at Everton since 2018 and he has made more than 100 appearances for the Merseyside outfit. Still only 24 years old, the forward is extremely versatile and he can play in a number of positions across the front three. His existing contract with Everton does not expire until 2024 and this puts the blues in a very strong position, although resisting the lure of playing for one of the biggest clubs in the world will be hard for the player.

Aston Villa are all set to battle out with Chelsea for the signature of former Crystal Palace goalkeeper Wayne Hennessey, who is currently a free agent after leaving the London outfit at the end of last season. The stopper is an experienced campaigner in the Premier League. At 34 years of age, he has the necessary experience to deputise a proper number one.

After a frustrating season with Crystal Palace in which he made only one first-team appearance, Hennessey might be looking for a club who could offer more opportunities in the starting line-up. This may not be at Chelsea, who already have two international goalkeepers – Edouard Mendy and Kepa – in the squad. If the blues make a change to this position by allowing Kepa, who has not been a regular since the arrival of Mendy, to leave the club in the summer.

A player with more than 180 Premier League appearances to his name, Hennessey will be a safe pair of hands. He is a Welsh international who has made 93 appearances for the national team.

Aston Villa are looking for a new goalkeeper after Tom Heaton left the club to once again sign for Manchester United. Emil Martinez is the current number one at Villa Park.

West Ham ready to make a move for Roman Yaremchuk

West Ham are ready to battle Bayer Leverkusen and Sevilla for the signature of Ukrainian forward Roman Yaremchuk. The striker made a big impression at the Euros after managing to get two goals and an assist. These were immensely helpful in getting Ukraine to the quarter-finals of the competition. The 25-year-old is currently playing for Gent, but his quality has attracted some serious attention across the top European leagues.

The Hammers might have to move quickly on the risk being beaten by the Germans or the Spanish for the player’s signature. Apart from being impressive at the Euros, Yaremchuk also managed to get a handful of goals for the Ghent during the 2020-21 campaign. His return of 17 goals in just 28 league games is something that makes him very desirable to the likes of West Ham, who could have done wonders in the last season with a more potent forward.

Gent reportedly value the player at around £12 million. Due to West Ham’s involvement in the Europa League this season, manager David Moyes needs more numbers in the squad to be able to cope with the increased number of games. At the moment, Michail Antonio is the only recognised centre forward at West Ham.