Two worshipers have been confirmed dead and eight others seriously hurt in Butaleja District, Uganda, after the roof of a church collapsed on them during evening prayer.

“We have lost people while eight others are still admitted in hospital.” Mugwe said, adding that by the time police arrived at the scene for rescue, two people had died.

“We found some people already dead while others injured. We rushed the injured to hospital for medication,”Mr Mugwe adde 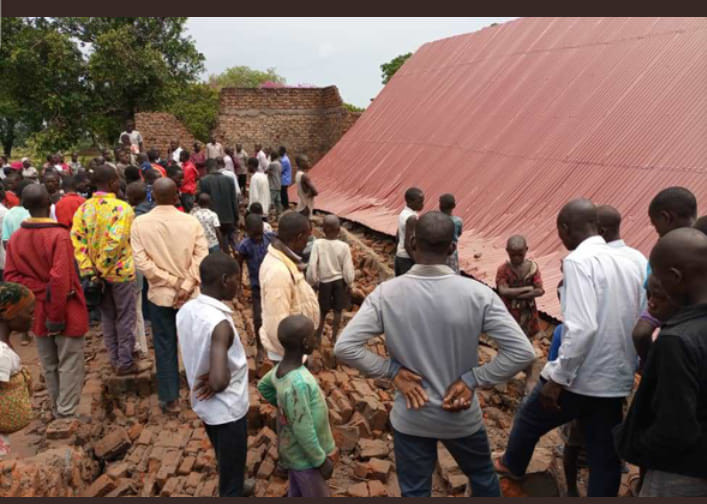 Others include Petwa Nabigi, 40; Pauline Namusene, 11, a pupil at Lunghele primary school in Butaleja town council; Margret Munaba, 23. Another victim not yet identified by press.

Police said the injured were rushed to Busolwe general hospital for medication while bodies of the deceased were taken to Busolwe hospital pending postmortem as investigations continue.

“It seems the wall was poorly constructed using little cement and it could not withstand the heavy rain and hailstorm which lifted off the roof of the church,” he said

Survivors told journalists that the congregation numbered about 50 at the time of the accident, most of whom scampered for their lives on sensing danger following heavy rain that started at around 4pm. 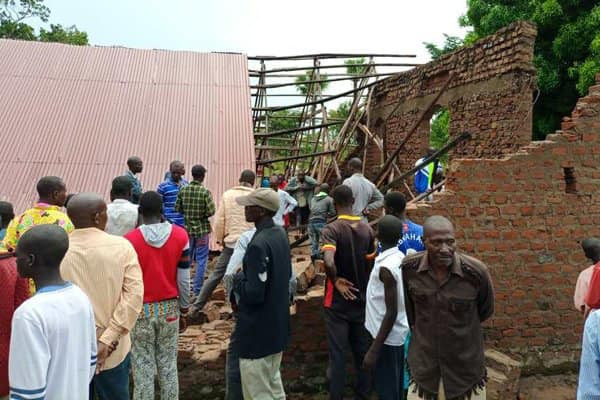 2 thoughts on “Two dead, 8 injured as church collapses on worshippers”